The firm claims Echo Show 10 to be the most advanced echo show from Amazon till now. The Echo Show 10 includes a unique ‘motion’ trait that allows it to rotate and face the user in any direction automatically based on Alexa voice commands. This smart gadget by Amazon is priced at Rs. 24,999 (i.e. roughly $336) in India which is relatively higher than the US as the same device is priced at $250 (i.e. roughly 18,600) in the US. 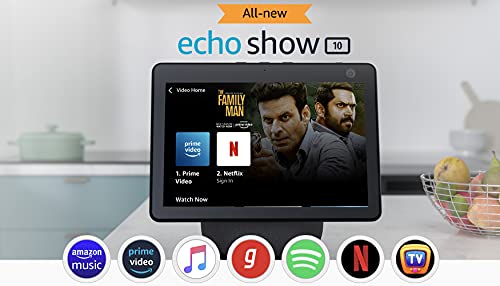 The gadget boasts a 10.1-inch HD screen with a resolution of 1280×800 pixels and a sound system with two tweeters and a woofer. Furthermore, Echo Show 10 also features a 13MP front camera. Black is the sole color option in which this smart display and speaker will be available. With volume and microphone muting buttons located at the top, the screen has been attached to the top of the device independently where the speaker is built into the base of the smart speaker. For privacy reasons, the gadget features a physical slider to restrict the camera.

US-based Amazon has also announced the release of the smaller and more economical Echo Show 5 (2nd Gen) complementing the launch of the Echo Show 10 (3rd Gen). This device has an introductory price of Rs. 6,999 (i.e. approximately $94). 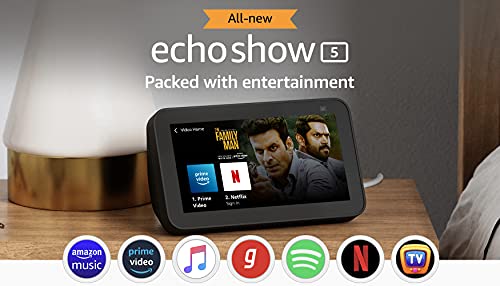 Speaking about the specifications of the Echo Show 5. The device features a 5.5-inch display. For improved video calling, the Echo Show 5 has featured an HD camera. The smart speaker is available in three color options: Black, Blue, and white.

Realme Pad renders leaked: Here’s everything you need to know!